Appropriate Education for Students with ADD 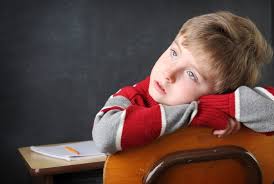 Virtually anyone with children in public schools knows a child with Attention Deficit Disorder (ADD) or Attention Deficit Hyperactivity Disorder (ADHD). Both conditions are being increasingly diagnosed among school age children in the United States and a few other countries. Often the terms are used in everyday speech by those who feel they are having trouble concentrating.

Nevertheless, both conditions involve more than a lack of concentration and need to be diagnosed by professionals. Therefore, due to the prevalence of ADD and ADHD and misconceptions associated with the terms, it is imperative to understand what they are, why the cases of each seem to be increasing in the United States and how they can be tackled.

What Are ADD and ADHD?

ADD is an old term which has been replaced by ADHD. ADHD is a neurobehavioral developmental disorder that is estimated to affect almost 5% of the population around the globe. The most common symptoms of the disorder are inability to pay attention, impulsivity and hyperactivity. ADHD is further divided into three subcategories. The first is ADHD-I where the primary symptom is inattentiveness. This kind of ADHD was formerly known as ADD.

Students with ADHD are often careless in their schoolwork, unable to sit still for long periods of time, are easily distracted and do not seem to listen or follow what their teachers have to say. This normally results in poor academic performance, frustrated students and aggravated parents and teachers.

Why does ADHD Seem to Be Becoming More Common?

The key cause for why ADHD seems to be becoming more common among school children in the United States is mostly debated. Some people contend that more students are presenting the symptoms in school than students of earlier generations. Others contend that ADHD was an often under diagnosed or misdiagnosed condition in the past and that the increased numbers are actually relevant of the true prevalence of the condition across different generations. Others are still contend that ADHD is being over diagnosed now and that any student who is impulsive or who has too much energy is diagnosed as having ADHD.

All of these reasons for the increase in diagnoses are plausible. However, if a qualified doctor is making the diagnosis then it stands to reason that students who need help will be receiving appropriate services. Doctors have strict protocols that they need to follow when making an ADHD diagnosis. Specifically, patients must be found to present 6 out of 9 very specific symptoms of inattention or 6 out of 9 very specific symptoms of hyperactivity or impulsiveness over a period of six months or more. Further, the inattention or hyperactivity and impulsiveness must be significant to the point that they are found to be disruptive and inappropriate for the student’s development level. Additionally, some of the symptoms must have started before the child reached age 7, the symptoms must be present in two or more settings (such as school and home), the symptoms must significantly impair schoolwork or social functioning and the symptoms must not be accounted for by another disorder.

How Is ADHD Treated?

ADHD can be treated through a blend of drug, conduct adjustments, way of life changes and counseling. Obviously, a government funded school may not require a youngster to be sedated. Along these lines, prescription and regularly way of life changes are out of the control of instructors and administrators. If a kid is cured and a family is making way of life changes that would be valuable data to impart to the school, be that as it may.

Despite the family’s activities, the school has an obligation to teach an understudy with ADHD. If the understudy’s ADHD is fundamentally affecting his or her advancement in the general educational modules and the understudy along these lines needs concentrated guidance than the understudy will be discovered qualified for exceptional education. IEPs will be composed for understudies with inabilities with fitting facilities and modifications. Schools can properly take a shot at conduct adjustments and advising as they identify with the kid’s advancement in school.

Regardless of whether you term the condition ADD or ADHD, understudies with this issue frequently require help in school. It is a condition that is by and large progressively analyzed in the U.S. What’s more, that is driving an ever increasing number of teachers to know about the manifestations and viable techniques for enabling ADD or ADHD understudies to prevail in the general educational modules.