Teachers’ Salary Around the World 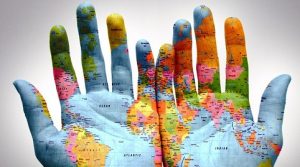 The list below presents teachers’ salaries around several countries in the world. The figures are taken from jobs posted on www.hireteachers.net as well as other resources.

Factors to consider regarding teachers salaries around the world

The numbers used here are for:

In some cases, foreign teachers can settle with far less salary than the market. This is true in case of accompanying a spouse who got a good offer in another country. It is very common in the Gulf states for the wife to accept a salary as low as $700/month while she is on a family visa with the husband who makes 5 times that amount.

In addition, there might be a huge gap within salaries between nationals and expat teachers. A native English teacher in Turkey might make as high as $5,000 but she would have to deal with several hidden costs. Such cost includes resident visa which could cost a few hundreds dollars every month. On the other hand, a Turkish teacher will get one fifth of that salary and never have to deal with all those costs.

Salaries represented here are taken on the range basis. There is no consideration to subjects, qualifications, experience and size and nature of the establishment. The numbers represent monthly salaries in US$.

So, let us find out how much you are worth